If you've only recently discovered the comic or would like to own high quality print reproductions of the strips, there's no better way than to purchase these "dead tree" collections. There are now twenty-one annual collections available. Add to that Origin of the Species, a comic book prequel to the comic strip detailing the story of the titular couple's historic first date and subsequent wedding. The Bill Holbrook Store has all this and t-shirts as well available for purchase online. 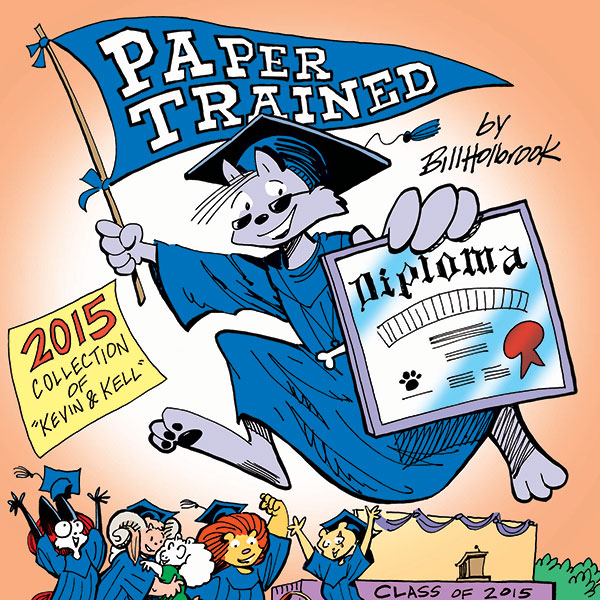 In 2015 “Kevin & Kell” celebrated its twentieth anniversary as a daily webcomic, with a typically momentous year. This was especially true for Rudy and his friends who graduated from high school and entered college. Rudy’s masquerade prom resulted in unintended consequences, and his graduation was partly overshadowed by a spat between Kell and R.L. Still, he emerged with paper in hand.

The transition to Beige University wasn’t easy, especially since Rudy had the added burden of being a high-profile recruit as the first predator on a college Gardening team. He had to cultivate both the acceptance of his teammates, plus kumquats. Particularly distrusting was the rhino Carl whose broad shoulders carried a rather large chip. Congratulations! [ Purchase Online ]